Hello everyone, I’m so excited to be able to share with all of you this amazing guest post written by the incredible Beth Revis!!! {insert fireworks}

A World Without You by Beth Revis

What if finding her means losing himself?

Since Bo lost his girlfriend, Sofía, his world has been upside down. They both attended Berkshire Academy, a boarding school for troubled youth, but Bo likes to believe he knows the truth: that the school is for kids with special abilities. After all, Bo can time travel. That’s how he lost Sofía in the first place; he left her behind in the past. While everyone else seems to believe Sofía committed suicide, Bo know he can get her back using his powers. Fighting the government officials always watching and even those he once considered friends, Bo is left not knowing who to trust.

In A World Without You, my hero, Bo, can travel through time. Or, at least, he thinks he can. Because the superhero school he’s attending is actually a boarding school for mentally disturbed youth.

Maybe. If nothing else, A World Without You is all about the twists. And you’ll have to read to find out the truth.

Today, to celebrate the release of my newest novel, I thought we’d talk about the five coolest places I’d like to visit if I had the ability to travel through time..and the five I would NOT want to go to at all.

1.Tudor and Elizabethan England: Maybe it’s because we share a first name, but I’ve always loved the Queen. But the reason I’d want to go back in time is to discover the truth. I remember being on tour of the Tower of London, and the tour guide said that Anne Boleyn had six fingers on one hand and had been tried as a witch for it. But when I looked up the actual facts of the story—that just wasn’t true. So knowing that the smear campaign against women in that era was so bad that even the tour guides are getting facts wrong makes me want to go there and observe just to know the truth.

2.Feudal Era Japan: Blame Inuyasha for this one. I just want there to be demons and truth arrows and adventure and I know it’s not real, but hey, neither is time travel and a girl can dream, yeah?

3.The Titanic: I just want to see it. I’m leaving before it hits any icebergs, that’s for sure. But I just want to walk down those stairs, once, and see it.

4.North America, before the colonies: The victors tell the history. And so much of Native American history has been lost to war and death and relocation and injustice. Much like Tudor Era England, I’d love to just know the truth. I’d love to know what it was really like, beyond what our (often biased) history books tell us.

1.The Future: Nope. No. No way. I have seen what happens in movies when people go into the future and they don’t belong there. Out. Not going to happen.

3.Let’s be honest, anything before Civil Rights. That shit wasn’t cool, yo, and it’s worse the further back you go. And beyond America, I’m including every timeline with slavery or apartheid of any kind. Unless I could go back and change stuff, then it’d be worth it.

5.Jurassic Era: Dinosaurs. Come on. Dinosaurs would eat me. 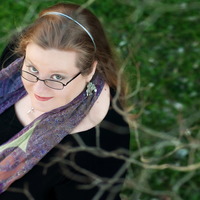 Beth Revis is the New York Times, Publisher’s Weekly, and IndieBound bestselling author of the Across the Universe series, as well as several in-world short stories published in various anthologies.

The Across the Universe books blend mystery with science fiction as they follow the voyage of a generation spaceship to a new world fraught with danger. The first book in the trilogy, Across the Universe, is a “cunningly executed thriller” according to Booklist, and the second book, A Million Suns, was hailed by the LA Times as “a fast-paced, action-packed follow-up.” Shades of Earth, the final volume, was called a “tense and delicious ride” by The Examiner.

Across the Universe was selected as a YALSA Teen Top Ten novel, recipient of the Seal of Excellence and the Futuristic Novel of the Year Award from Romantic Times, long-listed for the Carnegie Medal, and featured on several state reading lists. The second book in the trilogy was selected as a Kirkus Best of 2012 novel and a Best Book of 2012 from Wired Magazine, and the third book was featured as a Book of the Month from Seventeen Magazine and an Indigo Must-Read Novel.

A former teacher, Beth lives in rural North Carolina with her husband and dog. Currently, she is working on a new science fiction trilogy title for self publication and two forthcoming novels for Penguin/Razorbill.

Beth is represented by Merrilee Heifetz at Writers House.